Toolmaking has always been the preserve of craftsmen; even with the arrival of complex CNC machine tools the skill of the toolmaker is still required. However, innovative technology such as Renishaw's Primo™ probing system is a proven timesaver for even the most experienced toolmakers.

BK Tooling, based in Bishop's Stortford (UK), is vastly experienced in the manufacture of injection mould tools and the associated electrodes for die sinking. Over the years it has seen these tools become more and more complex as designers push the boundaries of what is feasible. Managing Director Bob Tunks has been using Renishaw probing systems since he took delivery of his first CNC machining centre 20 years ago. That machine tool came equipped with a probe.

At the time, Bob Tunks didn't fully appreciate its value; “I didn't understand the importance of probing when I was first introduced to it. I now realise that it is vital. CNC machine tools have to have probing; to do without it would be a regressive step as far as I am concerned. It amazes me that there are still toolmakers that don't use probing. Many of them cite cost, without recognising the cost of the time they are
losing as a result of not probing parts on the machine tool.”

BK Tooling sees the benefits of using Renishaw probes primarily when setting up moulds; particularly when they are returned for additional finishing work. Without probing, Bob Tunks estimates that typically it would take 20 minutes to re-set a fairly simple mould tool. For more complex moulds with multiple 3D reference points, it could be over an hour before he would be confident to begin cutting. With Renishaw probing systems, he can reduce the setting time to just three minutes, irrespective of the complexity of the workpiece.

“We can probe and datum the vast majority of our work within three minutes, but we are occasionally presented with special challenges,” he explains. “Recently we needed to rework an existing mould tool using only a CAD model and the old tool, which didn't have a single recognisable datum point on it. Eventually by cross-checking, we evaluated 20 datum points. This took about an hour using the Primo Radio Part Setter. Without the probe, I estimate it would have taken at least half a day.”

The Radio 3D Tool Setter is also a major benefit to BK Tooling which rarely uses reground tooling; instead relying on ‘virgin' new tools for most of its work. The diameters of these new tools can be relied on as the manufacturers work to tight tolerances, but length setting is crucial. BK Tooling needs to be able to match the Z-heights of all the tools used on a workpiece in order to achieve the blending it needs on 3D profiles. Like the Part Setter, the Tool Setter works to a repeatability of 1 μm 2σ, which adds further to the consistency that BK Tooling is able to achieve.

We didn't understand the importance of probing when we were first introduced to it. We now realise that it is vital. We have had five machining centres, all of which have been equipped with Renishaw probing systems. We can't see any logical reason now to buy a CNC machine tool without probing.

The system also comes with a self-study training kit and GoProbe; Renishaw's new, easy-to-use probing software. For peace of mind, the system is protected against accidental damage with Primo Total Protect cover. “Buying a machine like this without probing is something that I would not even contemplate. Yes, you can set parts manually, but you do that without any confidence in where the datum is. Probing is all
about having the confidence of knowing where the part is on the table and not standing there hovering over the feedrate override,” explains Bob Tunks. 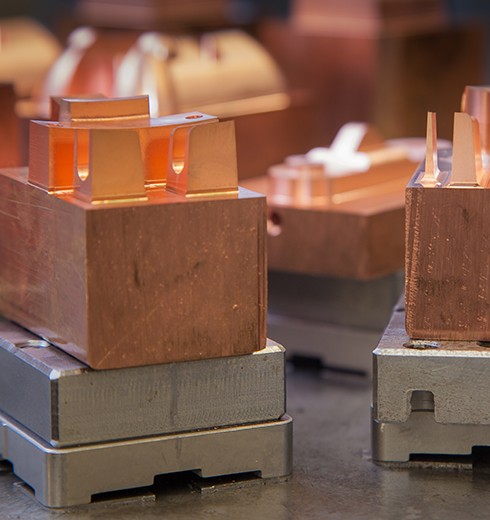 “The time savings on second operation work is, for us, where probing really comes into its own and benefits our business. In combination with a CAD model we are able to quickly pick up multiple datum points and start cutting the part much quicker than we could ever do manually, without probing. The time we are saving more than offsets the cost of the Renishaw probing system.”

The Renishaw Primo system provides much more than initial workpiece probing. At BK Tooling, the Radio Part Setter is used to update offsets throughout the day to compensate for any thermal variations in the working environment. Movement within the machine tool is inevitable, especially in the Y-axis. By probing the workpiece or other datums at regular intervals this variation can be compensated for quickly and easily, with new datums being transferred to the machine's CNC. Bob Tunks explains; “We know that there will be some movement in the machine tool over the course of a day and with the speed of probing we can check this more frequently, which equates to greater accuracy in the finished parts and makes us as consistent as we possibly can be.”

“We have had five machining centres, all of which have been equipped with Renishaw probing systems. I can't see any logical reason now to buy a CNC machine tool without probing. The time savings that can be generated by probing either the workpiece or the tool far outweigh any cost associated with purchasing the probes,” concludes Bob Tunks. 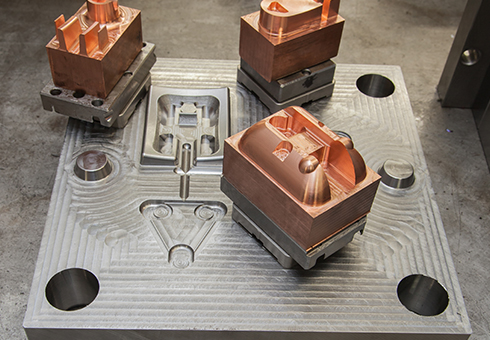