The mining business needs new drilling solutions to tackle the mounting productivity demands placed upon the industry. These solutions need to be relatively environmentally friendly as well as cost competitive compared to current drilling solutions.

Wassara is a Sweden-based mining company with a number of innovative products capable of extracting minerals with minimum environmental impact. Wassara's technology uses high pressure water to power the Down-The-Hole (DTH) hammer. Wassara's water-powered DTH hammer is the most environmentally friendly percussion drilling method existing today. The DTH hammer is powered by water, and no oil is used for lubrication, meaning no contamination of air or water. The water is effectively suppressing dust as well. The incompressibility of water is a key factor in the function of the Wassara hammer system. It also gives a major energy cost saving compared to the more traditional air DTH technology, and reduces the energy demand to power the hammer.

Water is the chosen medium since it allows for a high frequency and high energy impact per blow. In addition, when the water leaves the hammer it has a sufficient velocity to also bring the cuttings and debris to the surface and clean the hole. This technology offers superior benefits, such as high productivity, borehole quality and minimum collateral impact on the formation that is being drilled. The water-powered DTH hammer technology gives mining companies the ability to choose mining methods most suitable for the ore bodies, and is viewed as a big step towards optimised mining.

Above: Schematic diagram of the down the hole (DTH) hammer technology

There are many complex parts that make up each DTH tool. At the heart of the tool is the sliding case that provides the bi-directional flow of water for the piston assembly. The sliding case requires several internal fluid channels to allow the flow of water, and due to its complexity, it cannot be fabricated from one single part. This complexity in the design makes these parts relatively expensive. Adding to the costs are frequent rejects in production as a result of the joining process, as well as failure due to wear or pitting corrosion increasing the maintenance requirements. 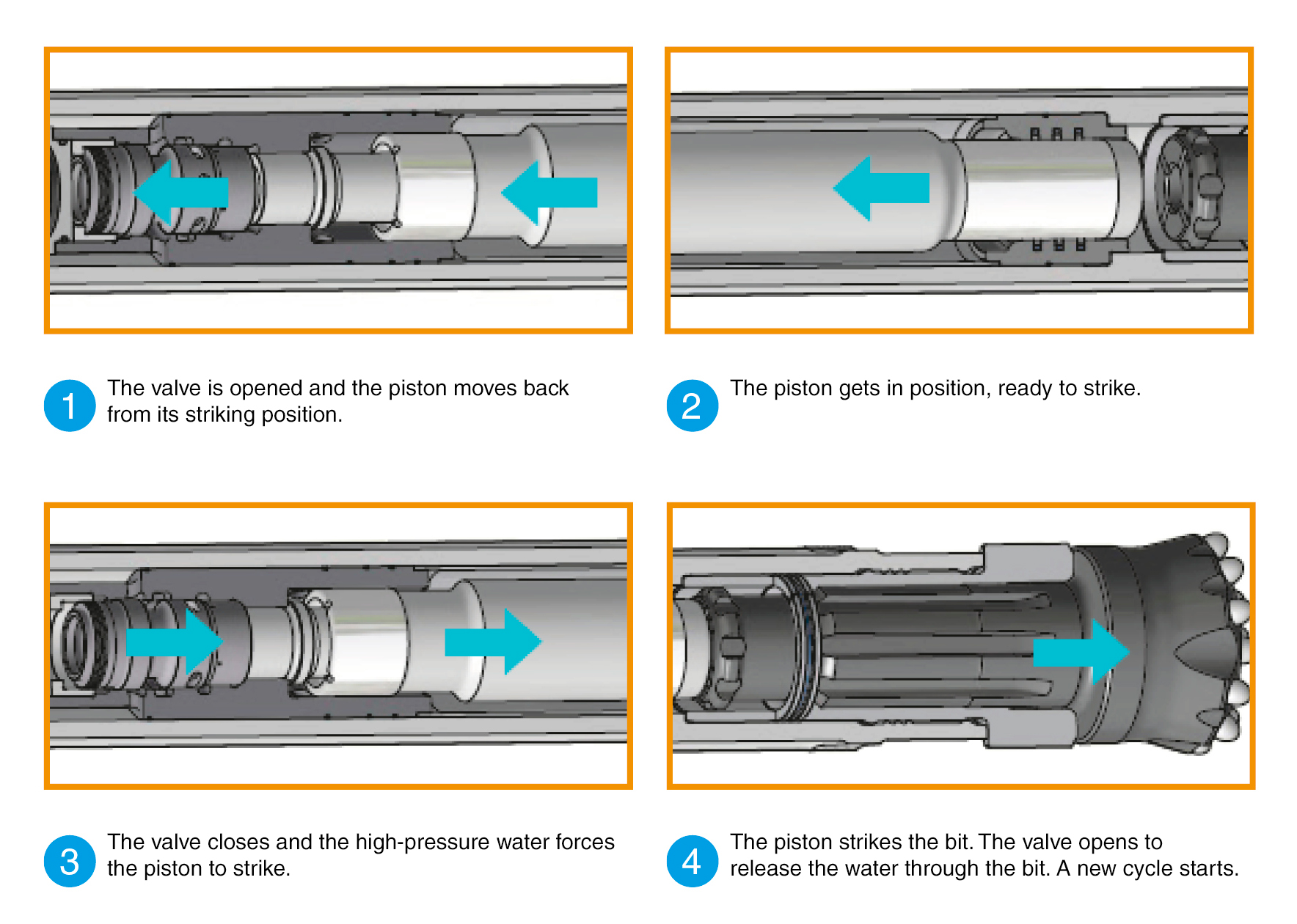 In an attempt to reduce the cost, and increase reliability of the sliding case component, Wassara approached Renishaw to investigate whether additive manufacturing (AM) could be a suitable alternative manufacturing method. One of the well-known benefits of metal AM is the ability to combine two or more complex machined parts into a single 3D geometry, or to simplify complex fabrication steps such as drilling cross-holes that require one end to be blind plugged or welded. When the resulting part can be made without any further design modifications this provides an ideal basis for testing the validity of using metal AM parts within the same application. Hence, it is possible to compare like for like parts under standard test conditions, and any significant differences in the results can be directly attributed to the change in production technique. Wassara's sliding case geometry was redesigned to incorporate some of the benefits of AM design freedom.

The next hurdle to overcome for the adoption of metal AM was the availability of the correct metal alloy for the specific application. In this case the standard steel alloy used for this part is 527M20, a structural alloy steel that would not normally be considered for metal AM due to the medium carbon content. A more suitable choice of steel alloy for additive manufacturing is 316L stainless, however even though corrosion resistance is high for this alloy, it would not be expected to have sufficient wear resistance and withstand the erosion during usage.

An alternative Renishaw suggested was using a maraging steel alloy to produce the test part. Maraging steel is a class of age hardenable tool steel, it is extremely versatile, and is heat treatable to the extent of being able to tailor the properties required for certain applications.

This was the first time that this steel had been tested in this kind of industrial mining application, and therefore the parts were heat treated post-build for maximum hardness. 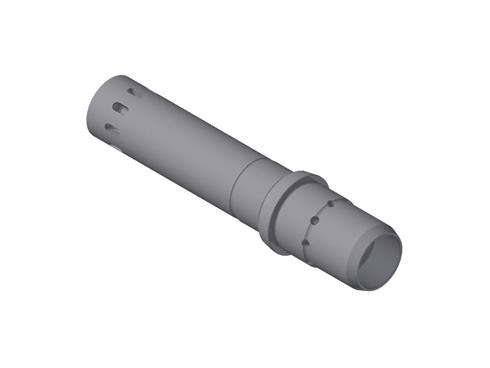 To test the performance of the part, it was assembled into a full tool and used under standard mining conditions, creating typical long bore channels in a candidate rock face. The drill tool then underwent routine visual inspection and maintenance. The additively manufactured sliding case showed no signs of pitting and only minimal wear, compared to a standard part. The tool was re-assembled and further drilling tests were undertaken before re-inspection.

Following a second test the AM built sliding case did show some signs of wear but despite this there was no evidence of surface pitting which is the second most common failure mode. A further test followed, extending way beyond the expected drilling period to try and establish if the onset of pitting could be found but in actual fact there was no evidence of this. This has led to the initial conclusion that the AM maraging steel part has potentially superior pitting resistance to the conventionally chosen steel for the sliding case.